April is here already ... I am going to have a lonely month as Steve is lambing, so working 7 days a week for the whole month :( but he is on the farm just a mile up the road so it doesn't take him long to get there!

I can't believe how much Timber-wolf has grown, we have had him just over 2 months now. He is twice the size!! He is a really lovely doggy though and so laid back ... he eats and drinks while lying down! He will sit on the decking and just look at the view ... he is looking around and taking it all in ... in the middle of a walk, he will stop (!!!! - have you ever known a dog stop on a walk?) and sit and just look around! He is always pleased to see us, especially when Steve comes home from work :) he likes to sit out on the decking in the dark in the evening on his own ... the rest of us are curled up on the sofa ... I keep popping out and asking him if he wants to come in but he is happy just smelling the night air and when he is ready he paws the door. (he isn't out there all night but for about an hour) He curls up on the sofa with his nose tucked into his tail a bit like a fox, its very sweet ... every day he steals a bit more of my heart! Dilly-dog still loves to be involved in any cuddle thats going on, so it sometimes can get a bit overwhelming! but she gets on with him really well and when she has had enough she lets him know, which is good as he is already so much bigger than her and still has a lot more growing to do (ahhhhhh .... we only have a small home!)

I have managed to get a bit of painting done in the kitchen behind the boiler this month and made little curtains to cover the boiler and gap by the washing machine so they are DIY jobs ticked off my list. The little curtains make me think of my Nanny's old house, I'm not sure if she had one, but someone did. I don't think modern homes and kitchens need areas curtained off as they are made to measure kitchens but ours is a little quirky so it feels a quite quaint ... just the way I love it! ... and we can still keep our slippers on top of the boiler, behind the curtain, so they are toasty warm to put on! 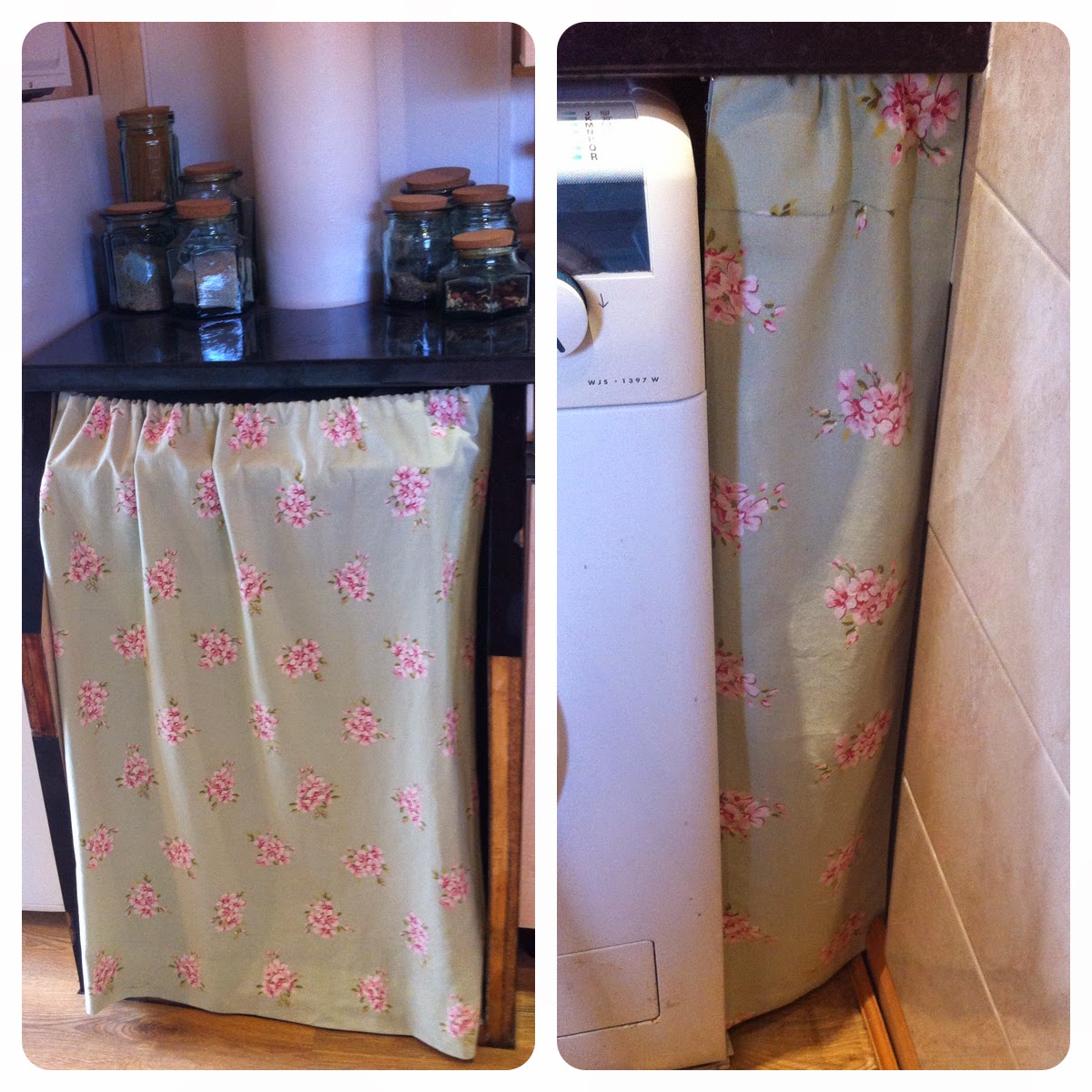 I really want to get cracking with the hall-way. Its been painted but I have an idea to add birds from the curtain material onto the walls ... it may sound odd, but I can picture it :)

I also want to start on the garden. Steve and his dad have fenced off an area beside the cabin so that the dogs can safely play without me having to check on them every few minutes that they are not chasing chickens or up behind the oil tank or wandered off down the drive (there is a gate at the end of the drive but its a hassle to keep it closed) it has made a huge difference to me and I now want to make it pretty!

hope you all have a great April! x
Labels: diet dilly diy home kitchen me timber