I am sure you are sick of snow photos by now, but I wanted to share a few of ours. I meant to post them earlier, but my dad's been ill in hospital so this week seems to have got away from me!

These were taken on Friday 2nd March, when we woke up to some pretty crazy snow drifts. We get a lot of snow and often when others don't, but these drifts were crazy! There were patches of not much snow, then drifts as high and deep as a house!

We braved it out into the blizzard like winds ... 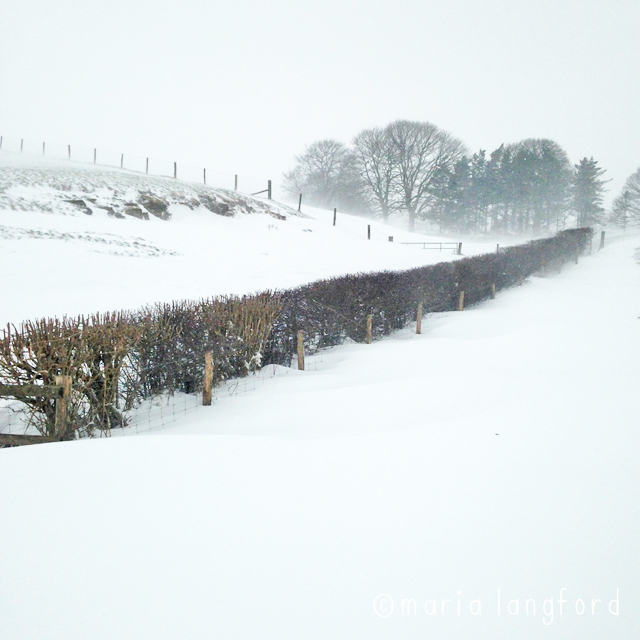 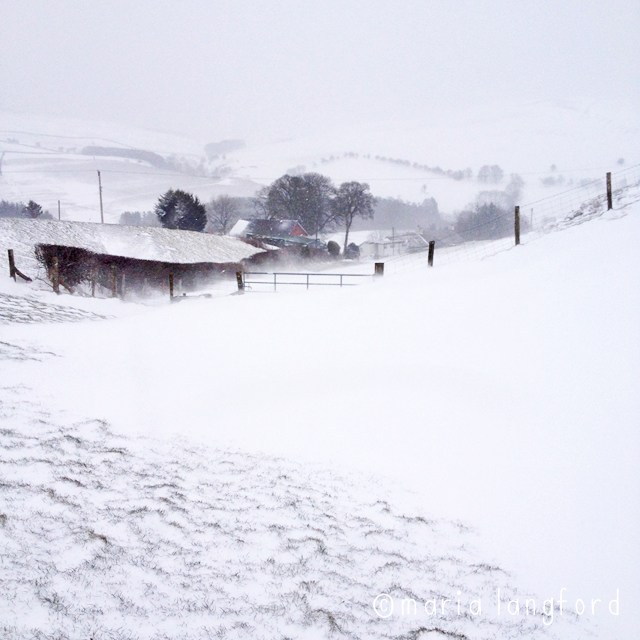 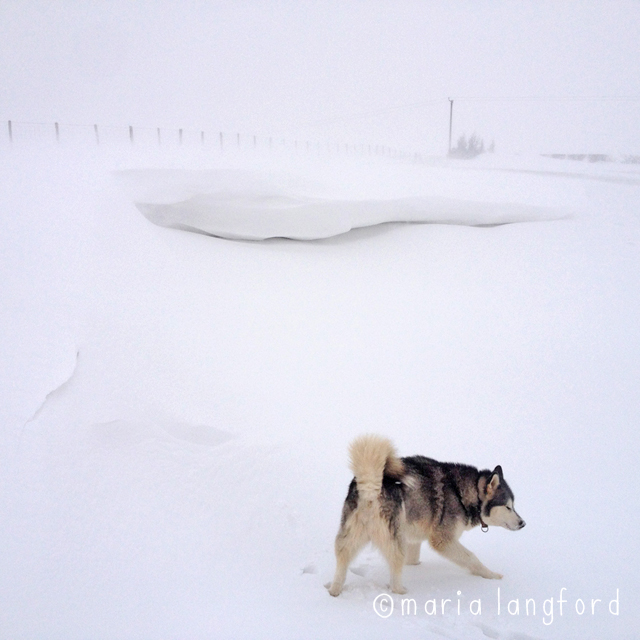 Timber of course loved it!

This is actually a lane. There are some houses further down there and I don't think they were dug out for over a week. This lane is where my mother-in-law grew up. When she was about 15 they were snowed in for 16 weeks! It's quite romantic as it's how her and my father-in-law met. He was working for the council and spent weeks digging them out! He often talks about hanging their coats on the top of the telegraph poles!! I can believe it now :)

The gate thing sticking up on the left hand side is actually the back of a tractor trailer that was buried. Opposite that, we climbed over the fence ... our legs sinking in all the way, and we rolled down the other side to get into the field to see the pool! 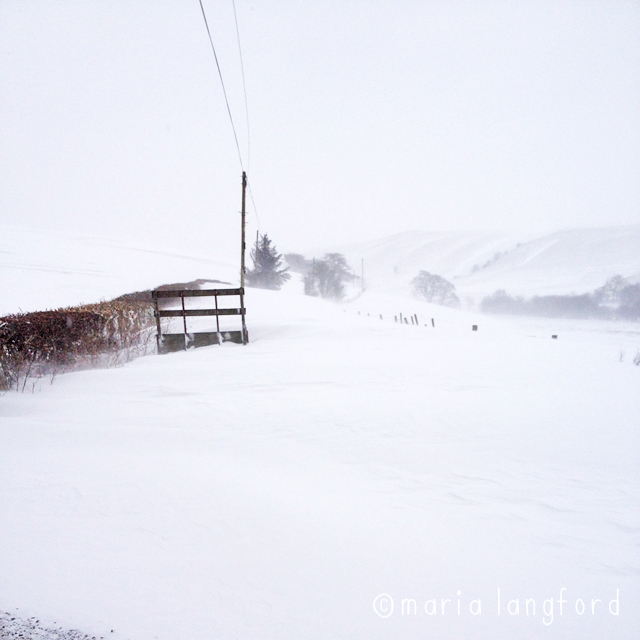 This is the same lane only in the other direction. 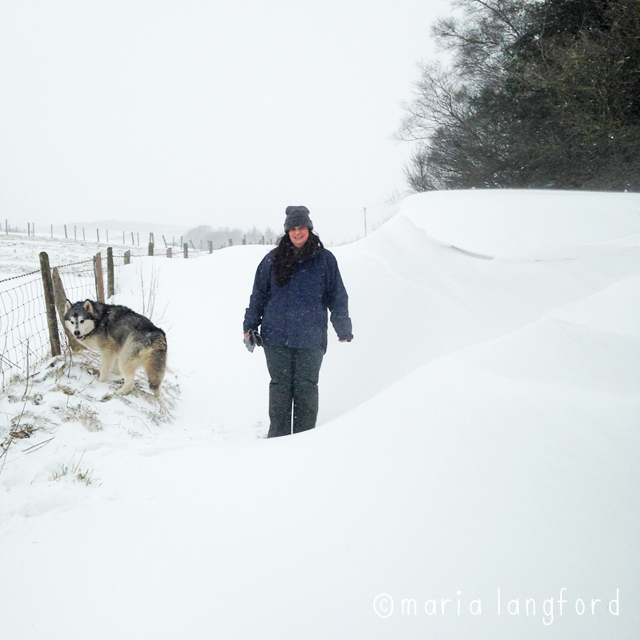 The pool was frozen apart from a little patch in the middle where the swans and ducks were all facing the howling winds, poor things. 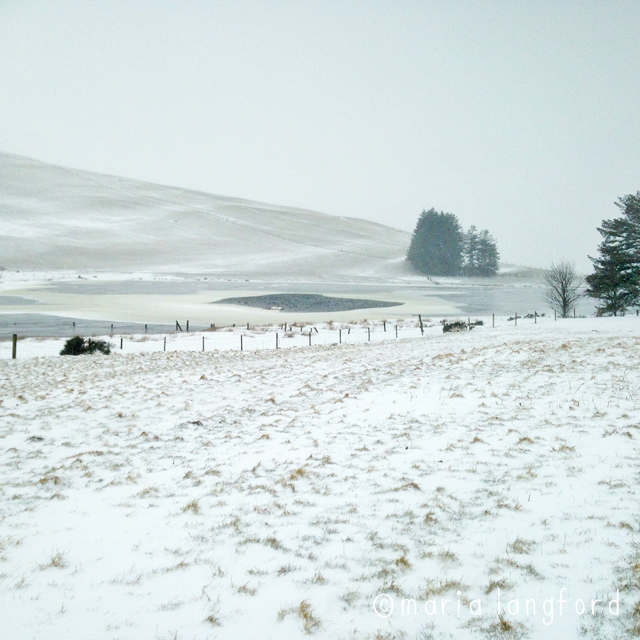 This photo doesn't even begin to express how cold and biting the snow and wind was on our faces! 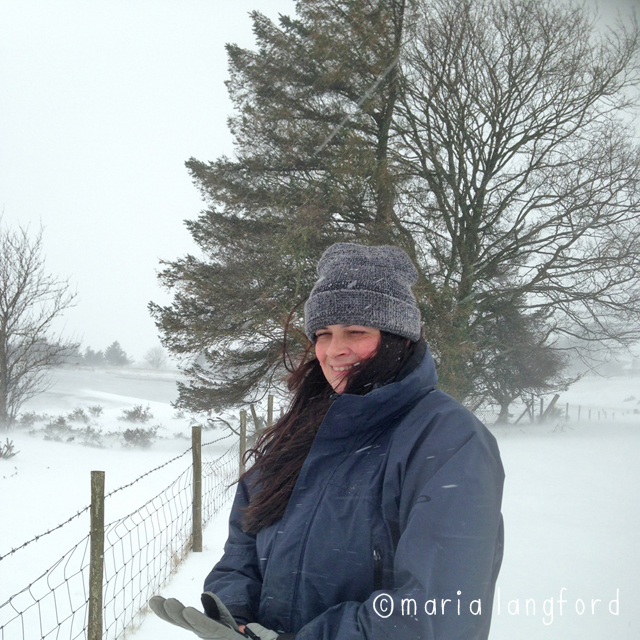 Timber loved every minute though ... he was born for it! 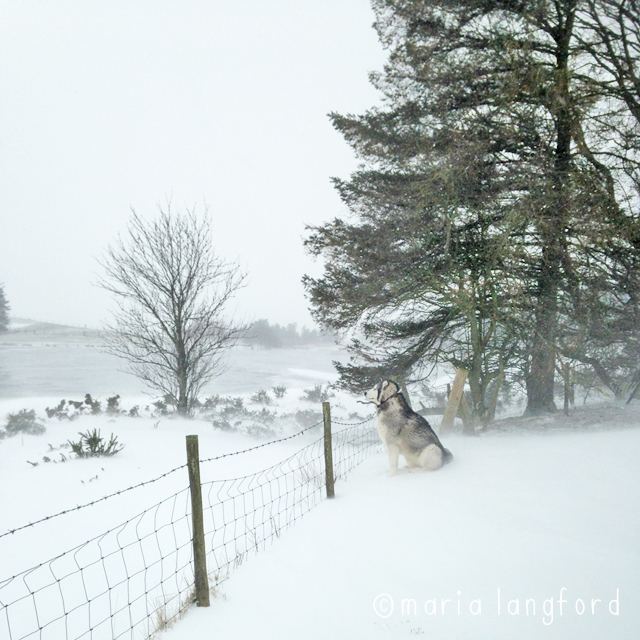 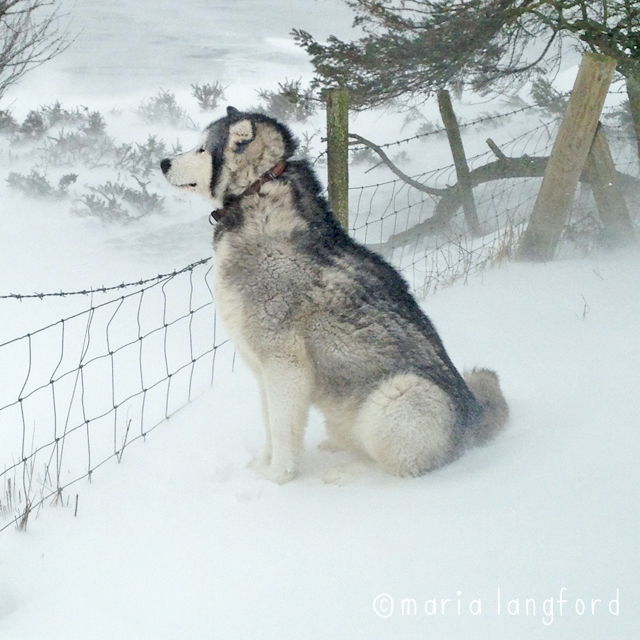 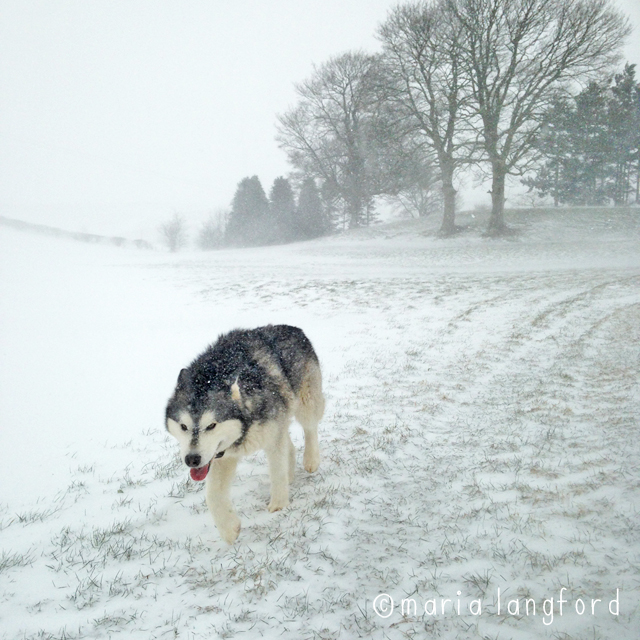 This photo was taken a couple of days later when we snuck down the main road (that was still closed as they hadn't finished clearing it) and this was how deep one of the snow drifts was that they had to dig through. 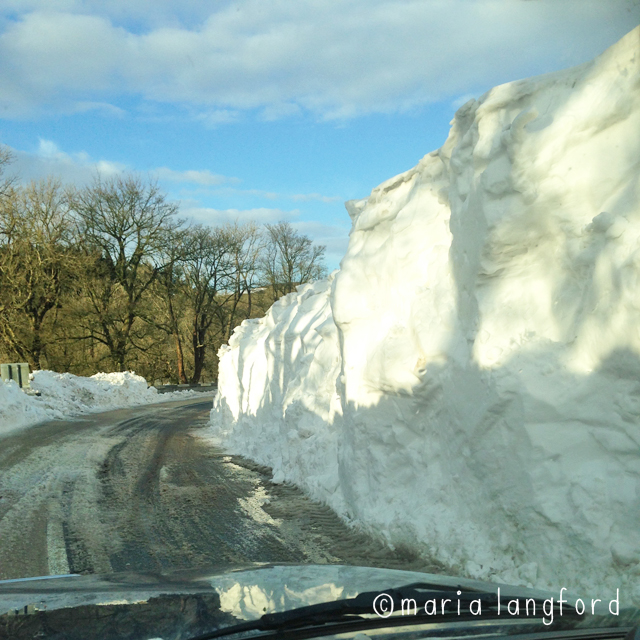