After going to Wonderwool Wales last weekend, I felt inspired to dig out some weaving that has been on a frame loom for (cough) probably years!! (head in hands!)

I had planned on doing an owl in a tree picture ... you can see here, 2 posts of work in progress ... planning my project and working on the project ... however, I wasn't happy with how it was working out so I undid a lot and just decided to do a pattern. Unfortunately in undoing a chunk of it, it thinned the warp threads on the loom and some of them broke ... this meant that I just had to finish where it was up to and take it off the loom ... so here it is!! 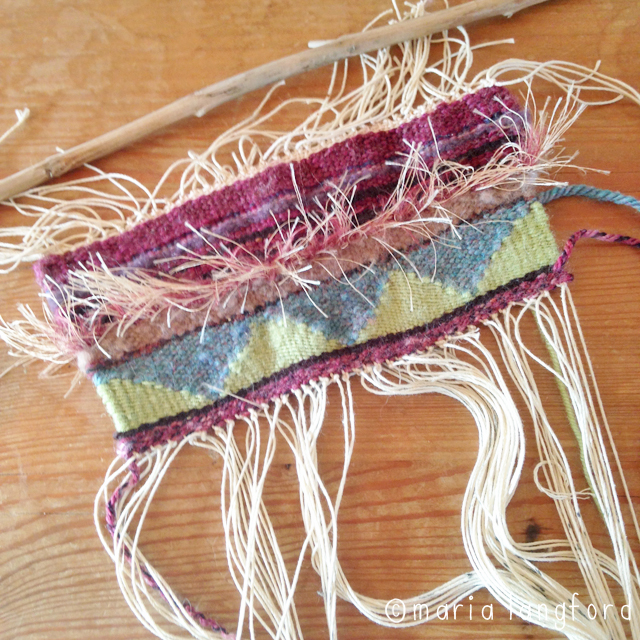 I managed to find a stick in the hen pen that was pretty straight and the right size to use at the top. 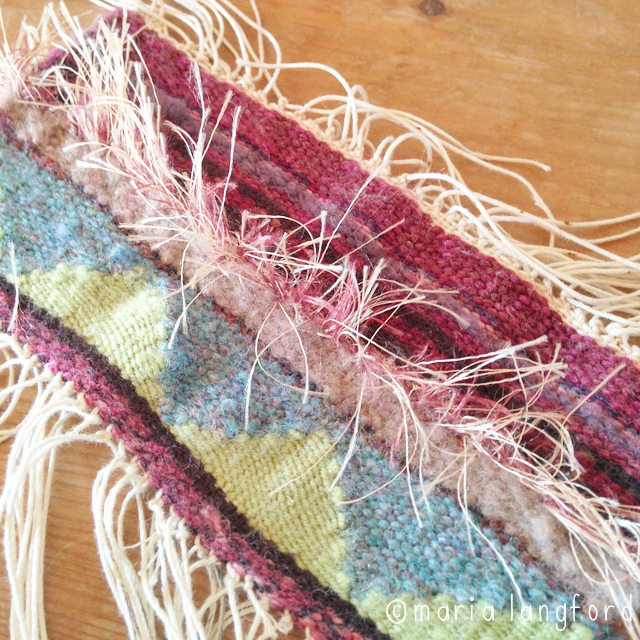 My favourite bit is the maroon stripes at the top as the colours are so lovely together. 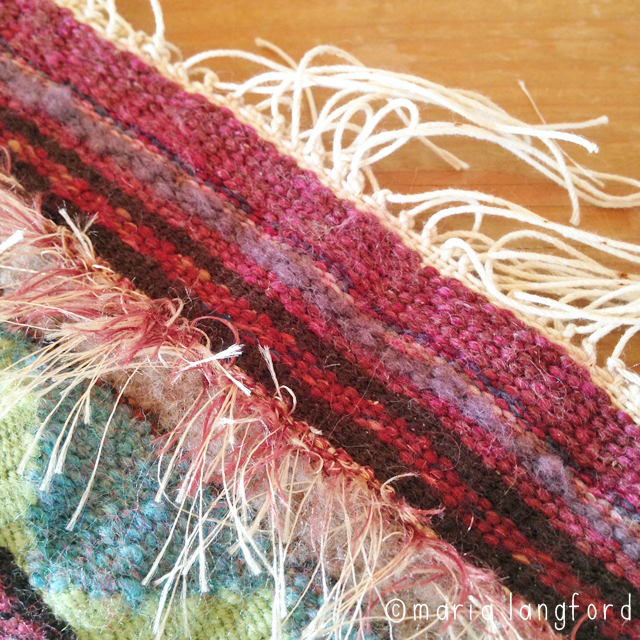 I did a few macrame knots at the bottom and added some beads ... 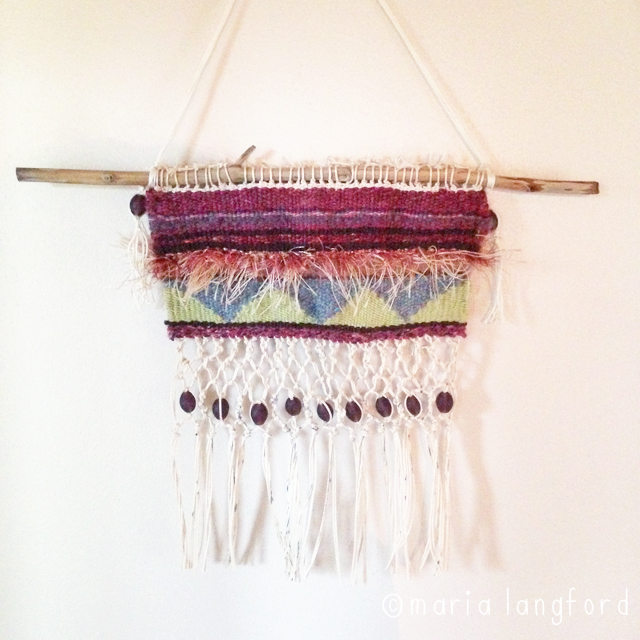 It is a funny little bit of weaving and not at all how I had originally planned, but the colours go nicely in our living room and I like it! :)
Labels: crafts finished project weaving wool