I have been doing lots of extra hours at work over the last few weeks, so I have treated myself to a DIANA MINI ... I ordered it on the 2nd and thank you Fred Aldous! Great service, it arrived 2 days later! ... and I LOVE it ... 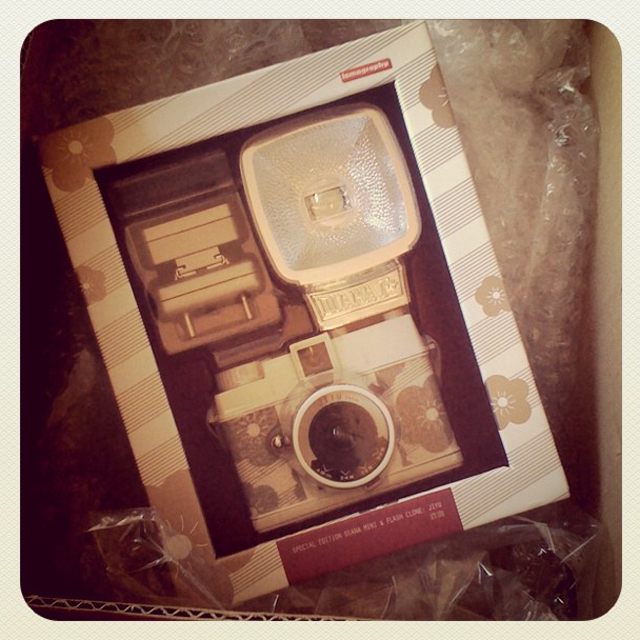 It is a Diana Mini Jiyu - Freedom and is limited edition in honor of Japans Golden Week .... I just think it is really pretty. Diana cameras take film (you remember that stuff!) and you can get lots of lovely nostalgic effects with it. 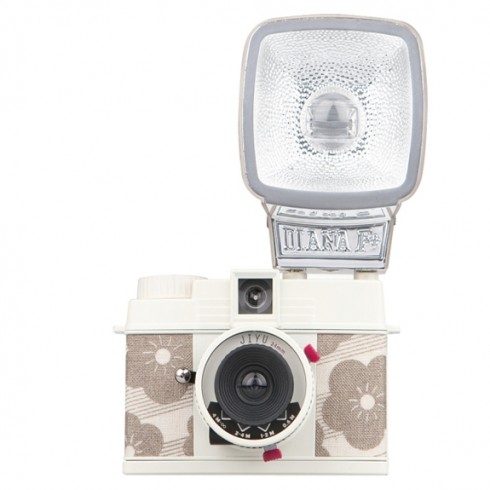 I still have a lot of film to go before I can see the pictures I have taken though :/

The strap that came with it is just a thin bit of plastic, now as a Diana Mini is small and not heavy, this is probably strong enough, but it is rather plain and I wondered if being plastic, it would rub. 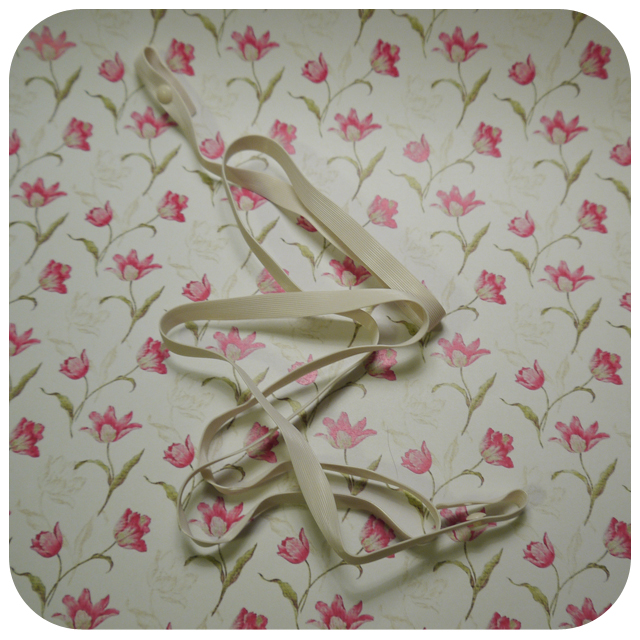 So I decided to crochet one ... 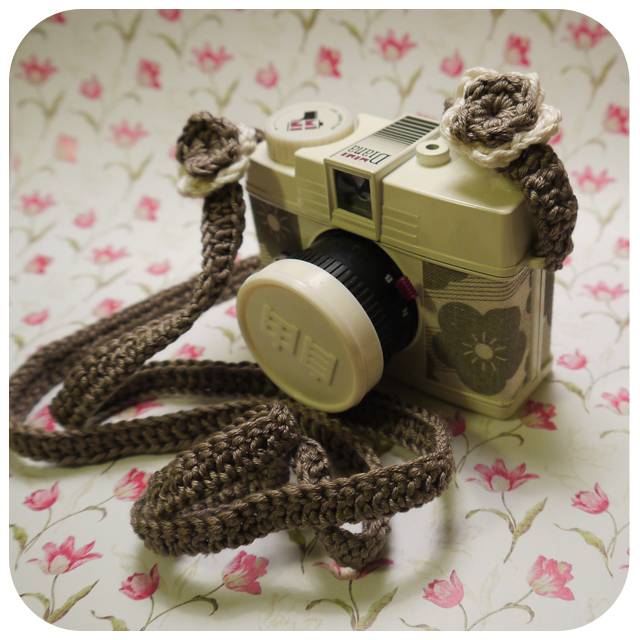 Luckily I had some cotton in exactly the right colours 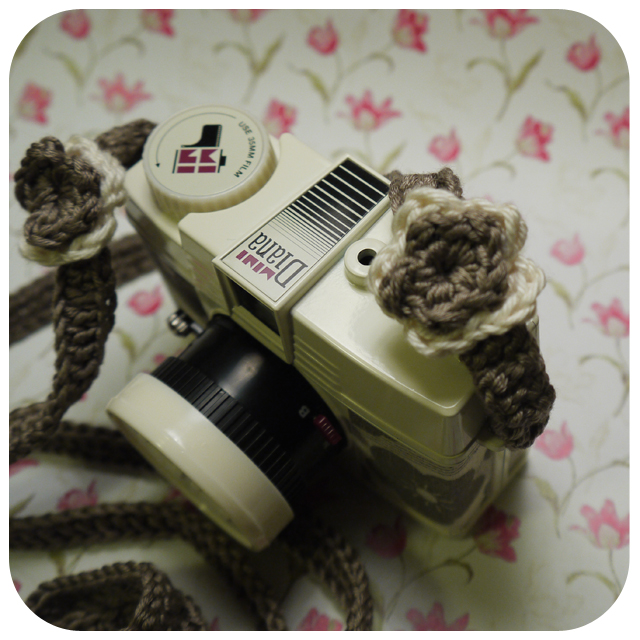 I also added a flower on each side to match the body of the camera  ... I am really pleased with how it has turned out :D
Labels: camera crafts crochet diana mini ju-ju photography shopping