Ok, so heads up folks, I am going to be totally transparent and up front here ... this book, that I have been so happy to share and talk about is by my sister-in-law, who is also a best friend. Finding out, after years of writing that she had a publisher, was like hearing she was pregnant with another little niece or nephew! 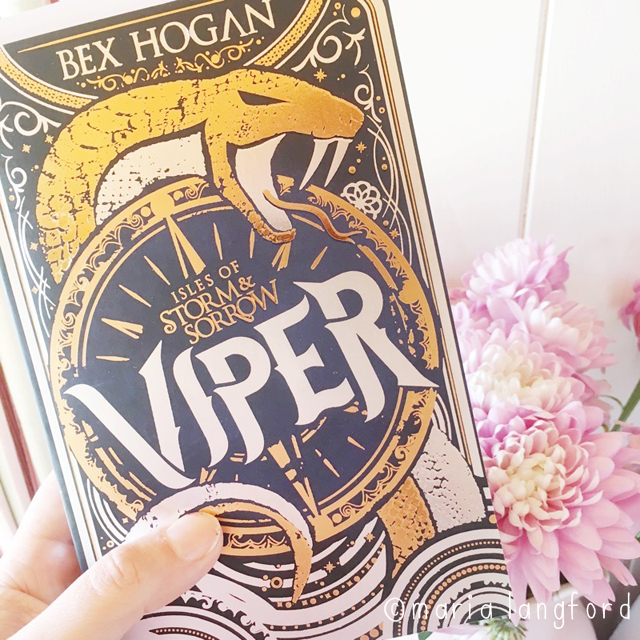 I couldn't wait for it to arrive as I had pre-ordered it back in October, when it was first available. By the time it's release date came in April our whole family was ready to par-ty!

This book is a YA (Young Adult) book, but totally gripping for older adults too and not for the faint hearted!

Many people who know Bex, maybe surprised that this lovely, sweet girl could write such a blood thirsty story, but having read some of her past work, I kinda knew it wouldn't be pretty ;)

Marianne has been training to be the Viper for her entire life - to serve and protect the King and the citizens of The Twelve Isles - but to become the Viper and protect the islands she loves she must find the strength to defeat her father. Seventeen-year-old Marianne is fated to one day become the Viper, defender of the Twelve Isles. But the reigning Viper stands in her way. Corrupt and merciless, he prowls the seas in his warship, killing with impunity, leaving only pain and suffering in his wake. He's the most dangerous man on the ocean . . . and he is Marianne's father. She was born to protect the islands. But can she fight for them if it means losing her family, her home, the boy she loves - and perhaps even her life?

I haven't really had the time to read as much as I used to and definitely not finished a book in a while, but I couldn't put Viper down and was having a sneaky read while waiting for the kettle to boil, while I was on the loo and when I should have been washing up!

This book throws you into the world of pirates and what it takes to survive among them. Marianne is a main character you care about and takes you on her amazing journey with her ... can't wait to see the film as it surely will become one!
Labels: book bookshelf family review