yesterday I went to visit my mum and dad who live 25 miles away and mum and I popped into town for a mooch around ... at 3 o'clock we got a call to say I should go home as heavy snow is falling ... so I bundled Dilly-dog back in the car, loaded up a load of presents that mum had been storing (thanks everyone! they are now under the tree) and headed home ... it wasn't too bad driving although it was raining and I could see there was snow flakes in the rain on the windscreen, but not long after I got into Wales, I came down over the hill and it was like entering a different world ... all the hills where white and the light had totally changed ... it was quite magical ... I love snow! (unless obviously if some one it trying to travel somewhere for Christmas!) by the time I got near home it wasn't nice to drive on the roads and coming up our drive, which is a steep slope, was horrid ... but I made it! I just had to then wait for Steve to get home ... which was an hour later and it was even worse by the getting his van up the drive.

We settled in for a nice cosy evening ... apart from the fact that every hour Dilly wanted to go out and play ... she is worse that a child!! ;) she loves snow and seemed sure she was missing something out there even though it was dark!!

This morning we woke up and could feel the drop in temperature ... no more snow seems to have fallen, but the drive way is now very icy :/

this is the sunrise over the snow this morning from the decking ... 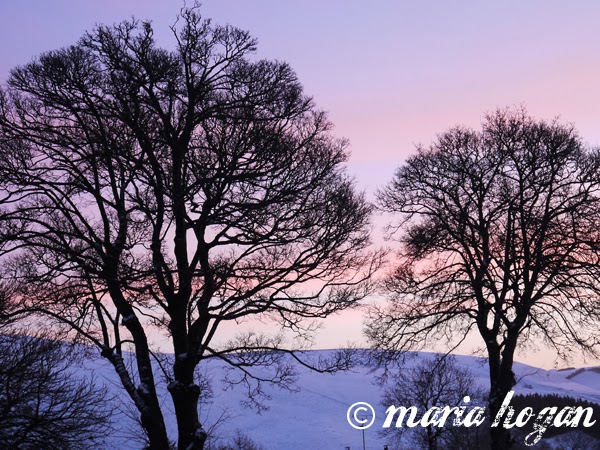 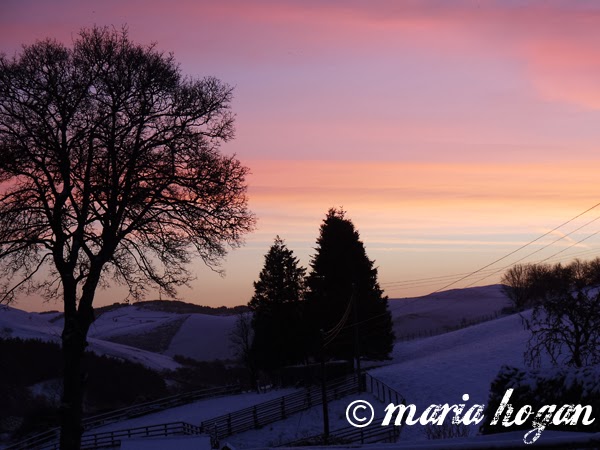 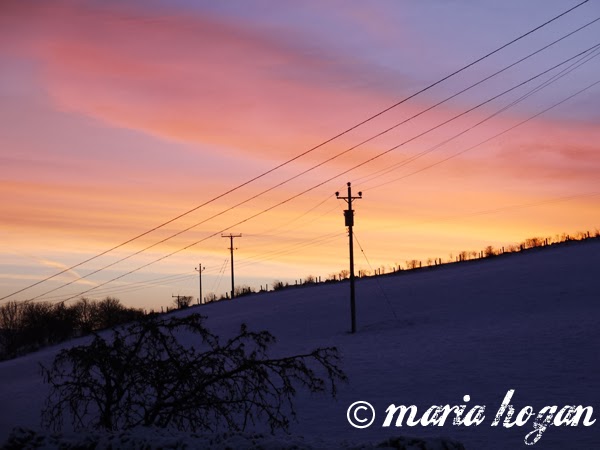 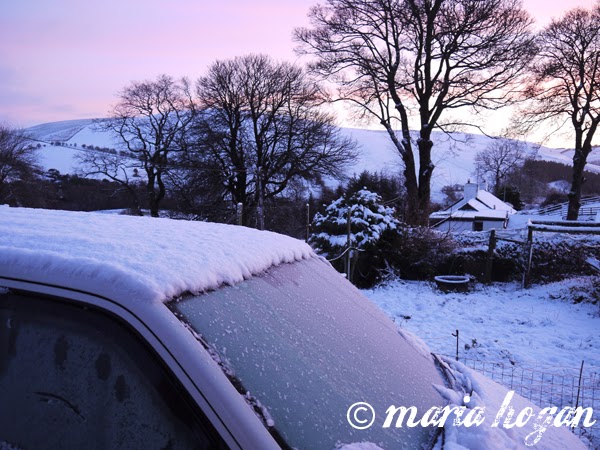 I want to take some photos of the cabin in the snow later today too.

It would be so lovely to have a white Christmas, as long as my parents can make it over  ... and my brothers can make it later in the week ... I don't ask for much do I!! ;)

hope you are snug and warm wherever you are x
Labels: christmas home photography photos snow sunrise wales winter