back in January I bought this pretty wool from Aldi ... not where I usually get my wool, but saw it and thought it was such lovely colours I couldn't resist! ... it was meant to be some of that self patterning wool, but no matter what width I knitted it, only stripes appeared ... I think I must have undone it about 3 times ... but hey-ho it still looked nice so I carried on! 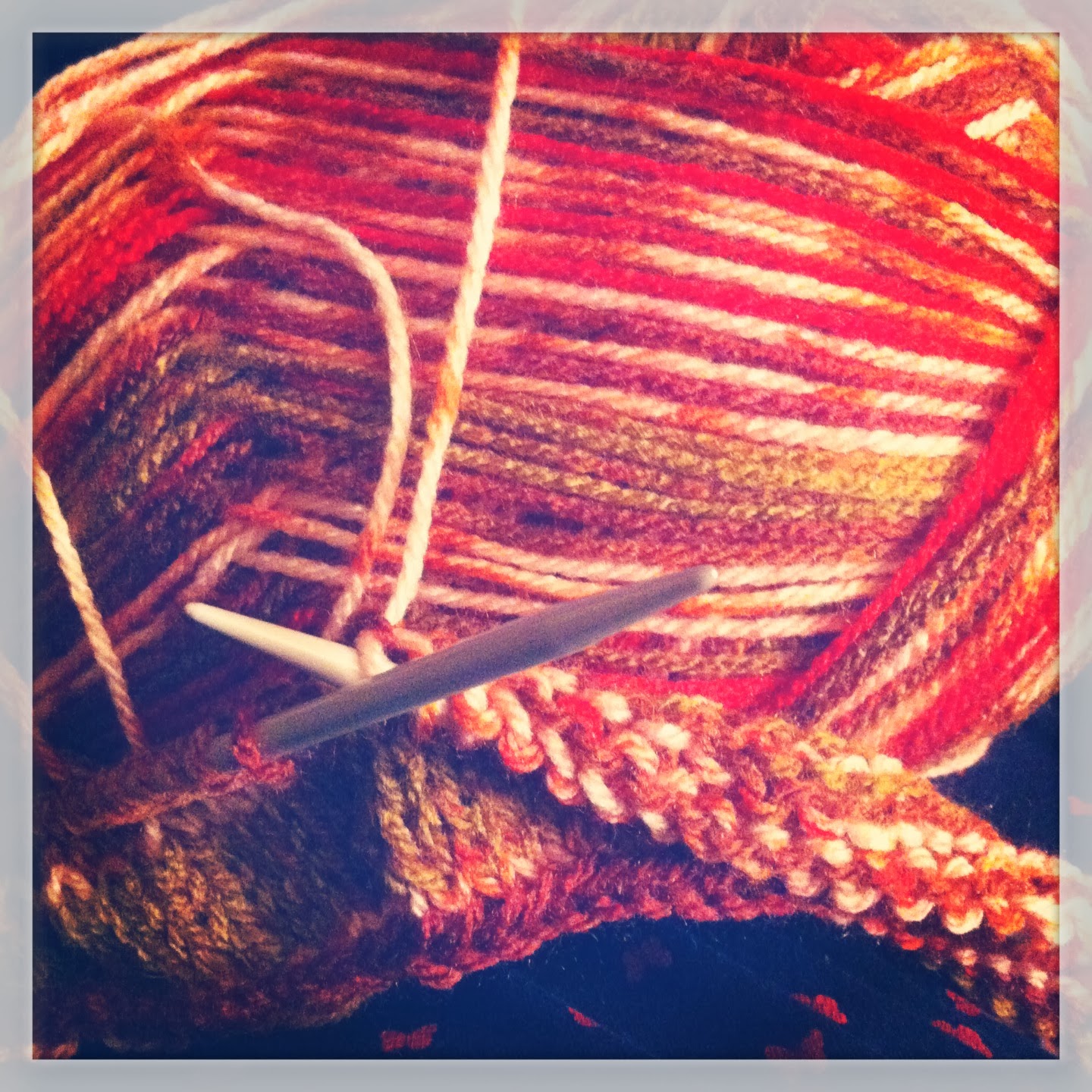 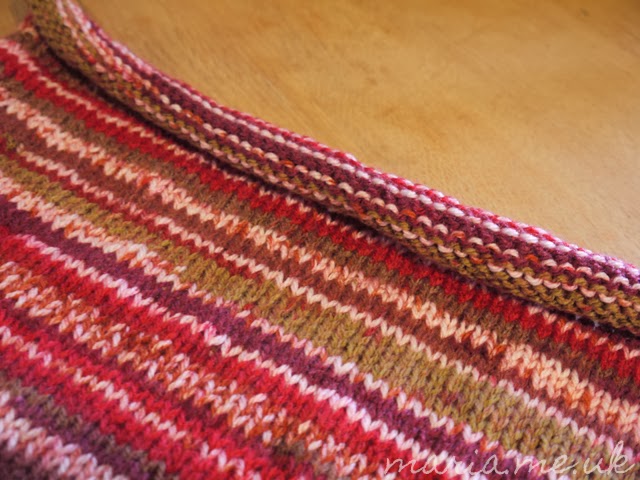 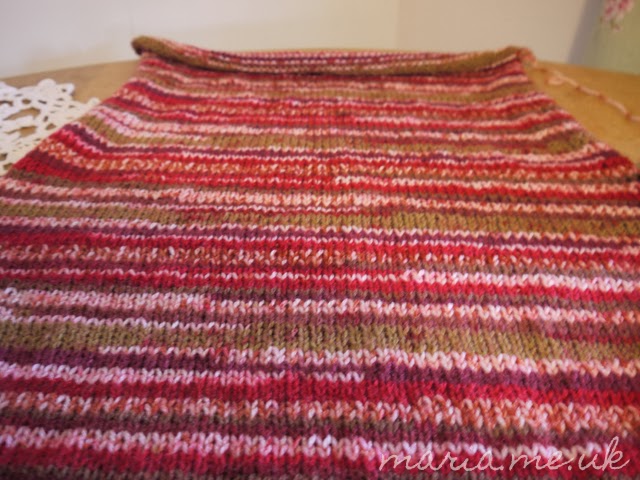 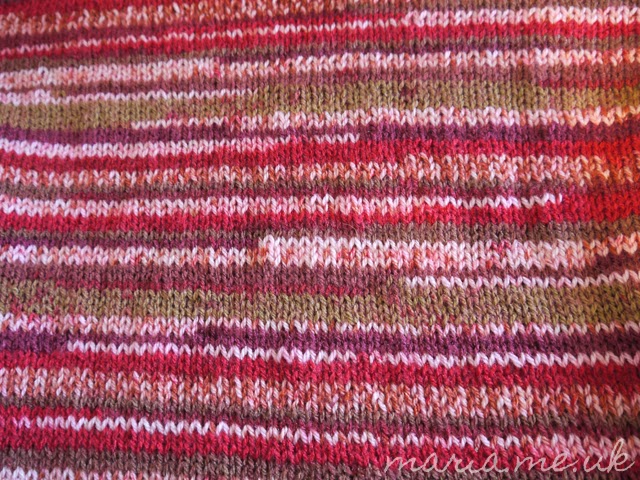 I decided when I was nearly near the end  that I would actually do a long bolster cushion rather than a square one ... I have a couple of pine chests (full of fabric and other craft bits) and they are great for sitting on too but a cushion along the back would make it a little more comfortable. We also have a lovely bench that is out on the decking, and now the weather is warming up, a cushion would make it even more lovely being out there! 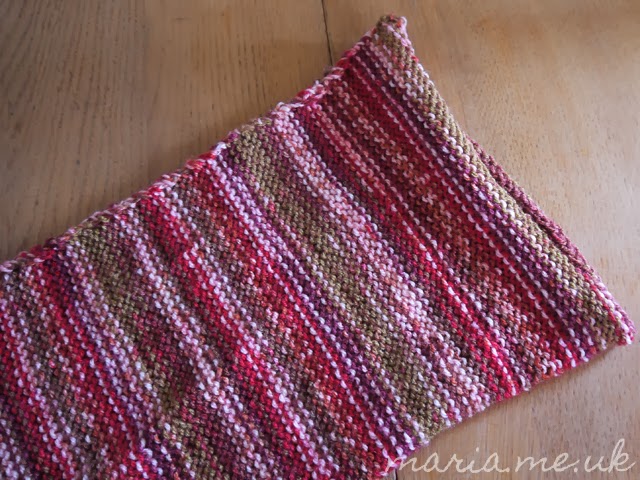 Then when my mum came over yesterday she adapted a pillow and made it into a long cushion ... I was going to do it myself but she loves to be busy and so got on with it while I was having a shower after she had dyed my hair (oh yes she works hard when she comes for a visit! haha) 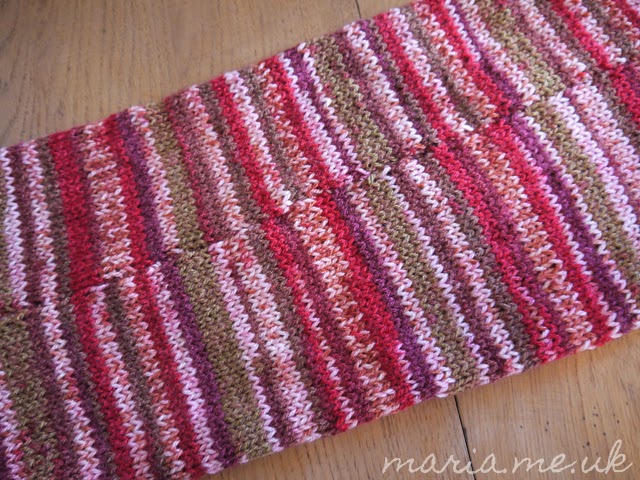 I ended up sewing up the end though rather than put buttons on it, so if it needs washing I will have to undo it ... so be warned if you come visit ... please don't spill anything on it! ;) 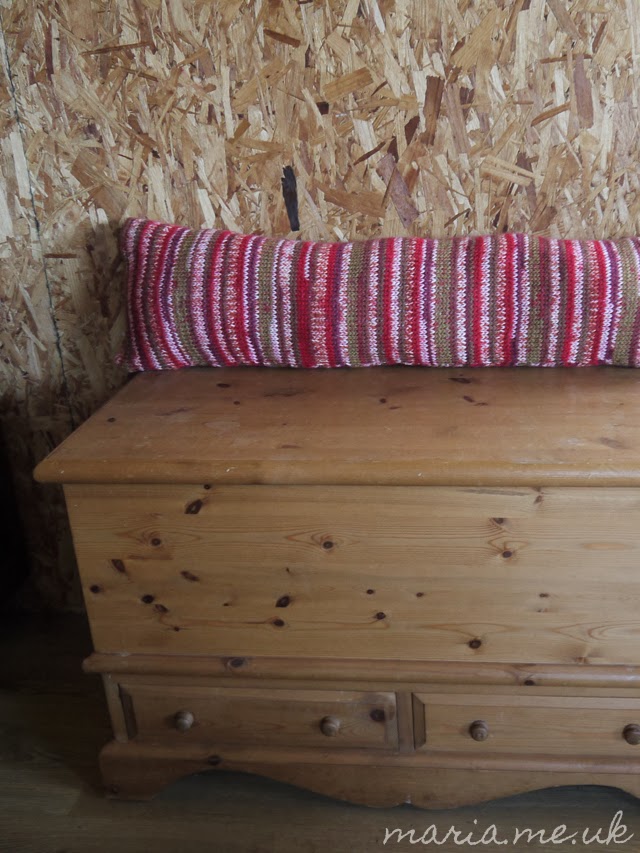 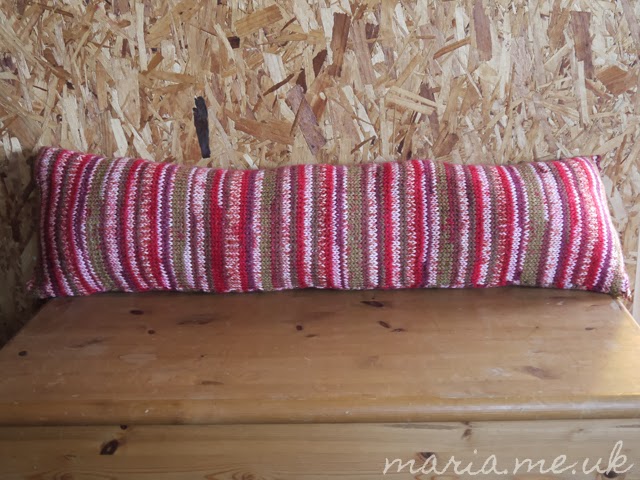 I love it so much and its just enough to support your back!

I do have some lovely tweed fabric that I want to make cushions for the outside bench, but until I get round to that, this works perfectly. 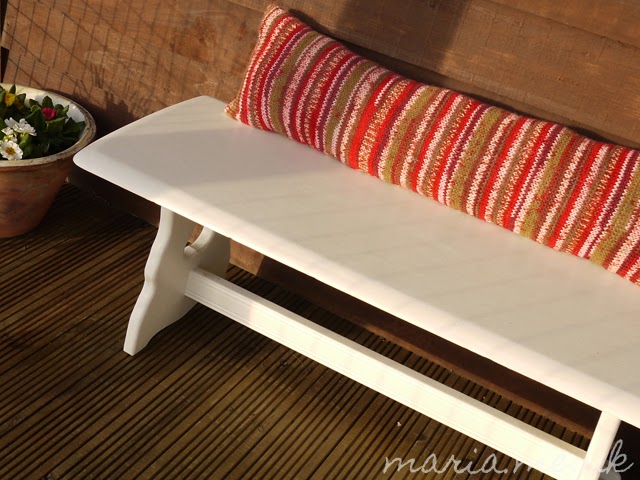 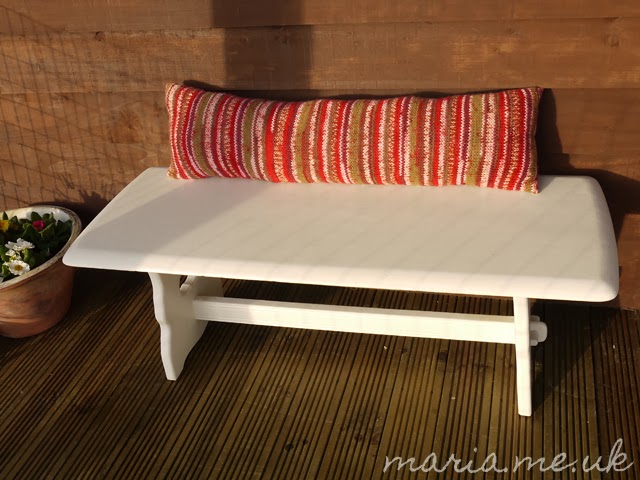